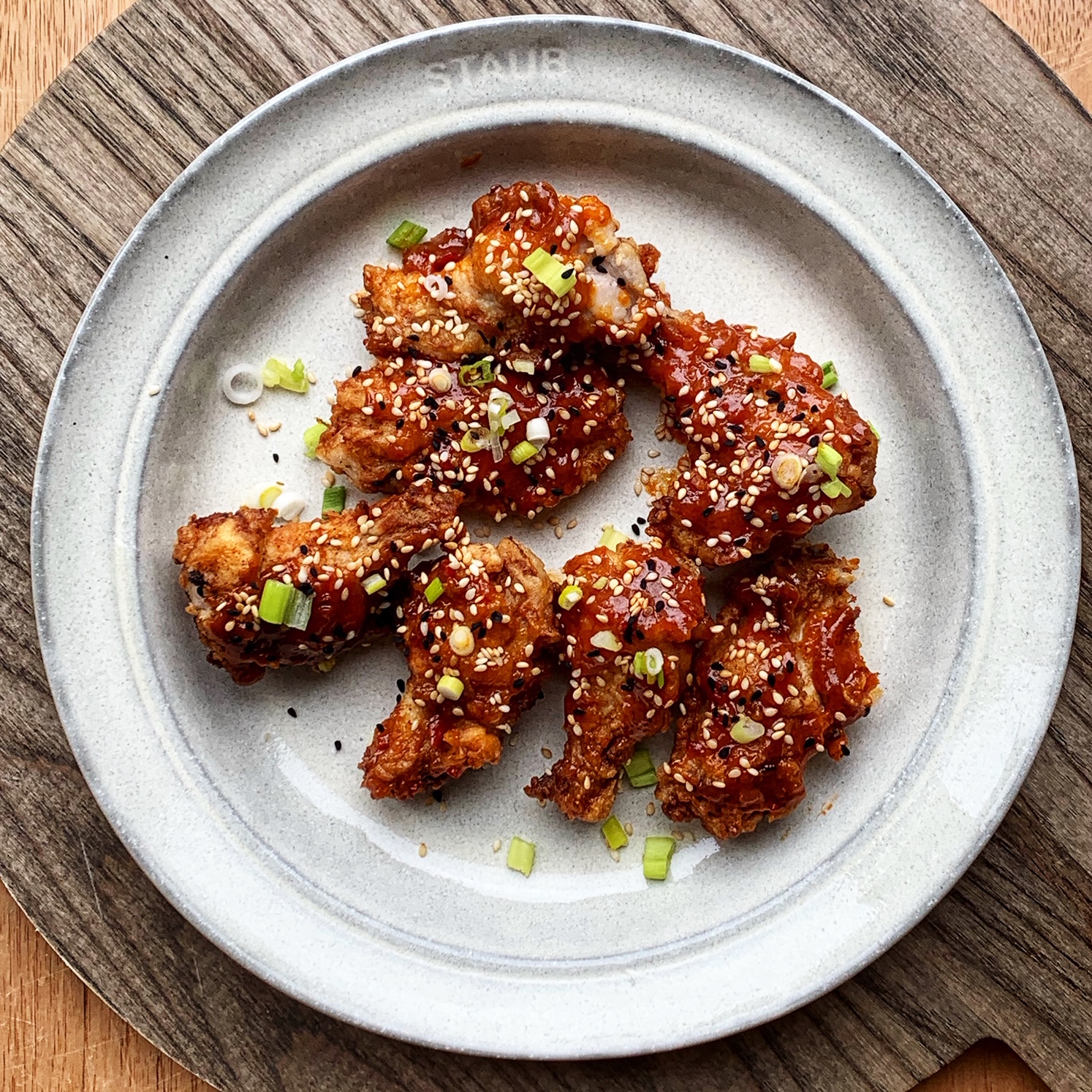 It’s impossible to please all family members when you have four children and a fussy husband. However, chicken wings universally get us all excited. I rarely vary from the recipe that took me a long time to develop and that I subsequently deemed good enough to publish in Fress, but then I discovered twice-fried, sticky, sweet and slightly sour Korean chicken wings and then life took a turn for the better. It’s a process, I won’t lie and I won’t be substituting these all the time from my much easier and marginally healthier oven-baked version, but they will be on the menu at least once a month.

This is a tweaked recipe from Gizzi Erskine. She suggests using whole wings but personally, I like to cut them in two so they are easier to eat (and appear to go further!)

I have never heard so many praises from EVERYONE. I left the sauce off for the kids which left extra for me and the husband, I couldn’t get enough of the stuff. The trick is in the brining, the mixing of the flours and the double frying. Take no shortcuts if you want the ultimate chicken wing perfection.